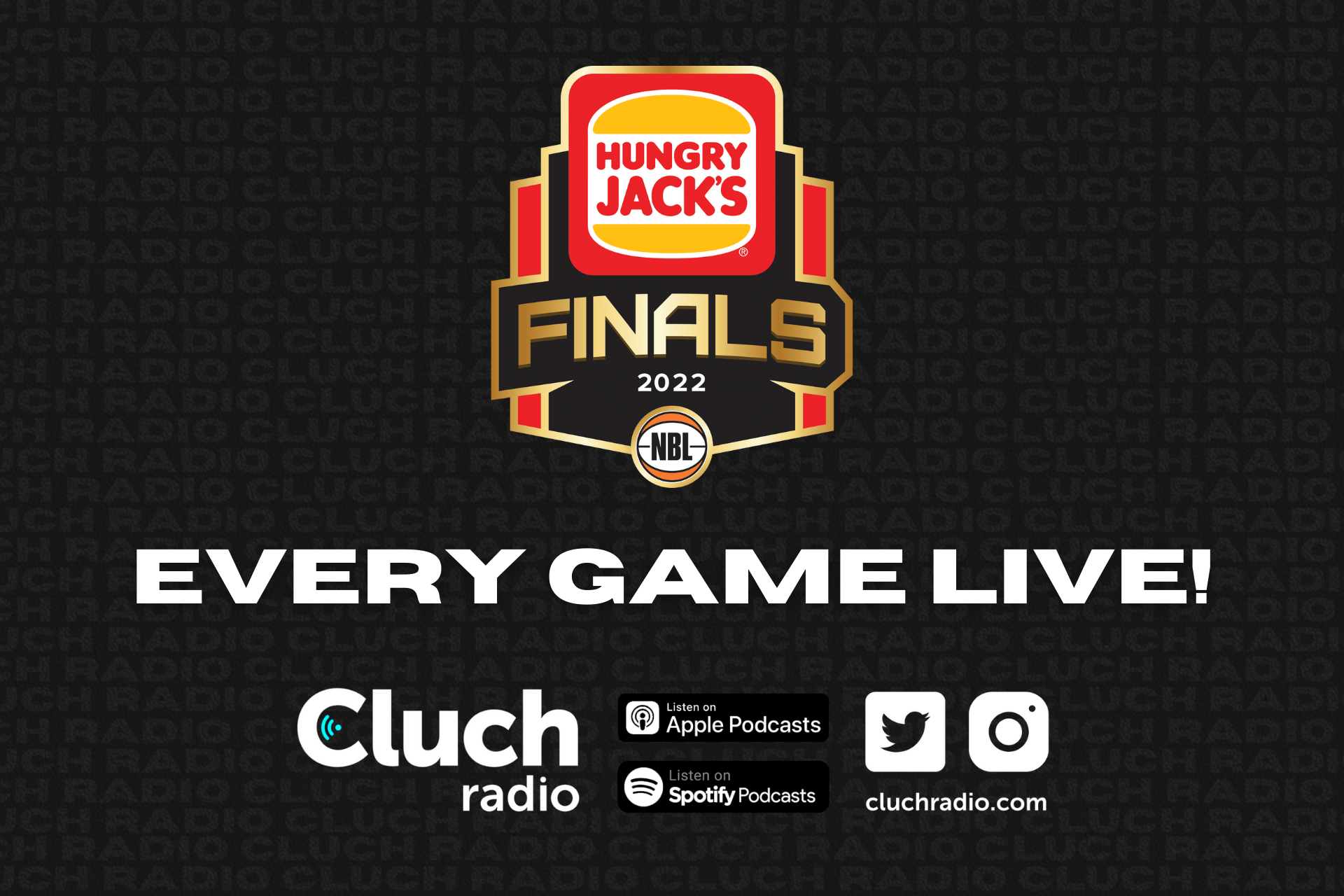 After a 2021/22 NBL season that captivated fans across the nation, Cluch Radio is geared up and ready to broadcast every moment of the NBL Finals Series for the second straight season!

This season’s Finals Series will be historic for a multitude of reasons with the Tasmanian JackJumpers stunning everyone to claim a place in the playoffs in their first season at the expense of the Perth Wildcats, who won’t feature in finals for the first time since the 1986 season.

The JackJumpers will meet defending champions Melbourne United, who claimed top spot for the second season in a row, seeking to become the first Victorian club to go back to back since St Kilda in 1979/80.

After thumping Melbourne last Saturday in front of a raucous home crowd to earn their finals spot, they meet again in a best of three series, which will include a historic first NBL Final in Tasmania on Saturday night.

On the other side of the finals table, Illawarra will meet arch rivals the Sydney Kings for the first time in playoff action since the 2005 NBL Grand Final which saw the Kings sweep 3-0 to claim a hat trick of titles. The 2005 triumph remains the Kings' most recent championship while the Illawarra Hawks will be full of confidence after beating Sydney in a classic last Sunday on the road to secure home court for this series. For the Hawks, this represents their best chance in several years to add to their lone title win in 2001.

Our commentary team for the Hawks & Kings series includes Kings Ring of Honour inductee Ben Knight & former Hawk stalwart Troy Pilon, who squared off in that Grand Final series in 2005. Matt McQuade will lead the coverage of the Hawks vs Kings series while Julian Marcus, Tom Hersz & Adam Webster will call the Melbourne vs Tasmania series.

Cluch's Managing Director Gus Seebeck is excited to be bringing fans the most comprehensive audio coverage of the NBL Finals.

" Cluch Radio is delighted to further extend our commitment to the NBL and call every game of the 2022 Playoffs and Finals, added Seebeck. "Our ever-popular commentary team will call every game from inside the venues as well as provide extensive pre and post game analysis across the entire series."

The winners of their respective series will meet in a best of 5 series in the Grand Final, which will be broadcast live on Cluch Radio starting next week.